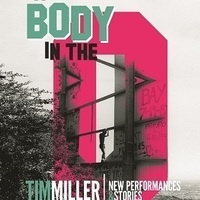 A Body in the O - A performance, lecture, and rant by guest artist Tim Miller

The Department of Theatre and Dance welcomes internationally acclaimed performance artist, Tim Miller, for a one-week residency at the University of Nevada, Reno. Miller's creative work as a performer and writer explores the artistic, spiritual, and political topography of his identity as a gay man. Miller's performances have been presented all over North America, Australia and Europe. He is the author of the books “Shirts & Skin,” “Body Blows, 1001 Beds” and “A Body in the O.” His solo theater works have been published in the play collections O Solo Homo and Sharing the Delirium. Miller has taught performance at University of California, Los Angeles, New York University, and at universities all over the U.S. He is a co-founder of two of the most influential performance spaces in the United States: Performance Space 122 and Highways Performance Space. In 1990, Miller was awarded a NEA Solo Performer Fellowship, which was overturned under political pressure from the Bush White House because of the gay themes of Miller’s work. Miller and three other artists, the so-called "NEA 4," successfully sued the federal government with the help of the ACLU for violation of their First Amendment rights and won a settlement where the government paid them the amount of the defunded grants and all court costs. Miller vows “to continue fighting for freedom of expression for fierce diverse voices.”

College of Liberal Arts, School of the Arts, Theatre and Dance