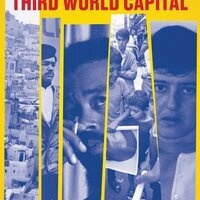 Elaine Mokhtefi is an American writer and painter, who worked with the Nation Liberation Front during the Algerian War for independence in its New York office lobbying the United Nations. She lived in Algiers from 1962 to 1974 and was one of the organizers of the First Pan-African Cultural Festival of summer 1969. She was instrumental in the establishment of the International Section of the Black Panther Party in Algiers and became a close collaborator of Panther leader Eldridge Cleaver. Come hear her read from her recent memoir Algiers, Third World Capital.