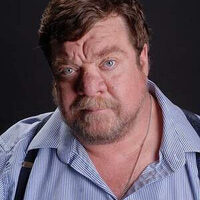 Writing the Range: From the Donner Party Trail to the Front Page

The University of Nevada, Reno Donald W. Reynolds School of Journalism in partnership with Nevada Humanities presents the 2021 Robert Laxalt Distinguished Writer Frank Mullen. Mullen is a Reno-based investigative reporter, author, historian, actor and university instructor. He currently serves as the editor of Reno News & Review. Mullen will speak during a free, public event on the University campus, which will also be live-streamed on Zoom.

As a reporter for the Reno Gazette Journal for 25 years, Mullen broke stories about dangerous Nevada doctors, malfeasance in state agencies, the abuse of research animals and toxic clouds generated by burning munitions in California. His ongoing series about the Fallon cancer cluster, in which 16 children contracted leukemia over a six-year period, was nominated for a Pulitzer by the Gazette Journal, as was his coverage of animal abuse and neglect.

He is the author of “The Donner Party Chronicles: A Day-By-Day Account of a Doomed Wagon Train,” a newspaper series turned book about the ill-fated pioneers. He has also performed since 1998 in the Humanities Chautauqua, a living-history presentation in which scholars take on the personas of historical characters.

Mullen was inducted into the Nevada Newspaper Hall of Fame this year. He holds a master’s degree in journalism from the University of Nevada, Reno.

Laxalt Distinguished Writer Program events are sponsored by the Reynolds School of Journalism and Nevada Humanities with generous support from the John Ben Snow Memorial Trust, Sundance Books and Music and community contributors.

The Robert Laxalt Distinguished Writer Program was established posthumously in 2001 to inspire new generations of writers in honor of Laxalt, who developed from news reporter to fiction and nonfiction author during his prolific career. Considered by many to be Nevada’s finest writer, Laxalt founded the University of Nevada Press and wrote 17 books, four of which were entered for the Pulitzer Prize. He also wrote for National Geographic and served as a professor in the Reynolds School for 18 years, teaching magazine writing and literary journalism.

If you require a reasonable accommodation in order to participate in this event, please contact Jessica Fagundes by October 28, 2021, at jfagundes@unr.edu.

Free, must register in advance

Register
This event content is powered by the Localist Community Event Platform.