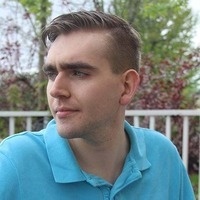 Abstract: The cognitive and neural bases of visual perception are typically studied using pictures rather than real-world stimuli. Unlike pictures, real objects are actionable solids that can be manipulated with the hands. Recent evidence from human brain imaging suggests that neural responses to real objects differ from responses to pictures; however, little is known about the neural mechanisms that drive these differences. Here, we tested whether brain responses to real objects versus pictures are differentially modulated by the “in-the-moment” graspability of the stimulus. In the human dorsal cortex, electroencephalographic responses show a “real object advantage” in the strength and duration of mu (μ) and low beta (β) rhythm desynchronization—well-known neural signatures of visuomotor action planning. We compared desynchronization for real tools versus closely matched pictures of the same objects, when the stimuli were positioned unoccluded versus behind a large transparent barrier that prevented immediate access to the stimuli. We found that, without the barrier in place, real objects elicited stronger μ and β desynchronization compared to pictures, both during stimulus presentation and after stimulus offset, replicating previous findings. Critically, however, with the barrier in place, this real object advantage was attenuated during the period of stimulus presentation, whereas the amplification in later periods remained. These results suggest that the “real object advantage” is driven initially by immediate actionability, whereas later differences perhaps reflect other, more inherent properties of real objects. The findings showcase how the use of richer multidimensional stimuli can provide a more complete and ecologically valid understanding of object vision.