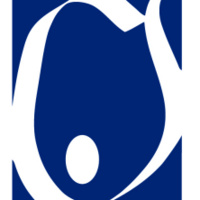 The greedy relatives of the wealthy Buoso Donati discover after his passing that he has left his fortune to the church. The young Rinuccio suggests that Gianni Schicchi, a shrewd, self-made man and the father of his girlfriend, Lauretta, can help them. Schicchi appears with his daughter. Disgusted by the hypocrisy and avarice of the aristocratic family, he is about to leave but persuaded to stay by Lauretta who proclaims her intention to marry Rinuccio in the opera’s most famous aria, O mio babbino caro. Reading the will, Schicchi devises a plan to impersonate the dead man. The relatives send for the notary and Schicchi, wearing Buoso’s nightshirt and cap, from his sickbed dictates a new will, in which he leaves the greater part of the estate, including the house they are in, to his “dear friend Gianni Schicchi.” The relatives are furious, and steal what they can from the house, chased out by Schicchi, who remains behind with Lauretta and Rinuccio. Turning to the audience, he points out how happy his fraud has made the young lovers and pleads that he not be judged too harshly.