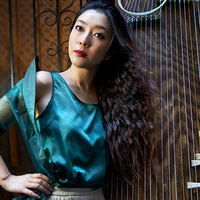 Yumi Kurosawa is one of today’s most captivating Koto soloists. Born and raised in a traditional Japanese music environment, she began studying the Koto at a young age and quickly rose to the upper echelons of her craft. Ever since she was a teenager, however, she constantly surrounded herself with contemporary music by Western music composers, integrating their melodies and phrasings into her solo Koto.

Yumi’s residency continues with an evening length performance alongside her trio on Thursday, October 6. Yumi will be joined by violinist Naho Parrini and tabla player and percussionist Eric Phinney. The program features exhilarating new compositions from Yumi alongside striking reinterpretations of favorites from her oeuvre.

This event content is powered by Localist Event Calendar Software.