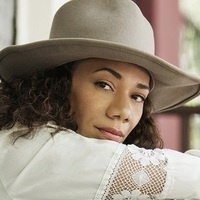 The University of Nevada, Reno’s Performing Arts Series presents Martha Redbone, a compelling voice in American Roots music. "Bone Hill: The Concert" exposes a never-before-told piece of American history in this dramatic musical by Redbone and long-time collaborator Aaron Whitby. Inspired by Redbone's ancestors, the saga tells of a woman's epic return to her homeland in the hills of coal-mining Appalachia. The contemporary Cherokee/Shawnee and African American family is permanently bonded to their culture, identity, and the mountain despite its violent past and the ever-changing laws of the land that attempt to extinguish them. Redbone and the cast of jazz and blues singers inspire as new revelations are unveiled.