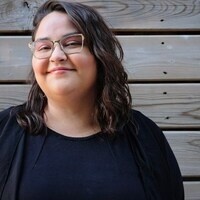 Lindsay Nixon (they/them) is a Cree-Métis-Saulteaux curator, editor, writer, SSHRC doctoral scholarship recipient and McGill Art History PhD student. Nixon won the prestigious 2019 Dayne Ogilive Prize and has been nominated for a Lambda Literary Award, an Indigenous Voices Literary Award and several National Magazine Awards. Namely, Nixon was nominated as the lead editor for the summer 2017 issue of Canadian Art in the “Best Editorial Package” category—an issue on the theme of “Kinship.” In 2019, Nixon won a digital publishing award under the “Best Editorial Package” category—alongside several other formidable writers and editors who contributed to a digital issue of The Walrus on the theme of “Sex Ed”—for their article “#MeToo and the Secrets Indigenous Women Keep.” They currently hold the position of Editor-at-Large for Canadian Art and previously edited mâmawi­-âcimowak, an independent Indigenous art, art criticism and literature journal. Their writing has appeared in Malahat Review, Room, GUTS, Mice, esse, The Inuit Art Quarterly, Teen Vogue and other publications. Nixon’s first book nîtisânak is out now through Metonymy Press. Born and raised in the prairies, they currently live in Tio’tia:ke/Mooniyaang—unceded Haudenosaunee and Anishinabe territories (Montreal, QC).

Nixon will read from and answer questions about their work at 5 pm at the Nevada Wolf Shop.

This event is sponsored by the Black Mountain Institute, Nevada Humanities, the National Endowment for the Humanities, and the UNR Department of English.