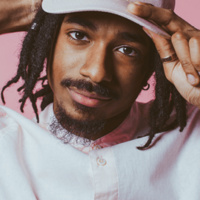 Canceled - Reno Jazz Festival with Joel Ross and the Collective

Joel Ross kicks off the 2020 Reno Jazz Festival alongside the acclaimed University of Nevada, Reno faculty jazz ensemble, The Collective

Chicago native Joel Ross has performed with historic and seasoned artists -- Herbie Hancock, Lous Hayes, Christian McBride, and Stefon Harris -- as well as with cutting-edge contemporaries like Ambrose Akinmusire, Gerald Clayton, and Marquis Hill. Twice selected as a Thelonious Monk Institute National All-Star and a 2013 Youngarts Jazz Finalist, he has performed at the Brubeck, Montery, Seattle and Chicago Jazz Festivals, and at internationally-celebrated venues like Dizzy's Club Coca-Cola in New York, SF Jazz in San Francisco, and Club Vibrato in Los Angeles.

This exceptionally talented vibraphonist, composer, and pianist takes the stage with University of Nevada, Reno faculty jazz ensemble, The Collective.

“...Ross’ precocious creativity, facility, and confidence were downright shocking. His style is so unique and developed that it changed my image of the vibraphone itself. Though his musicality [shone] through brightly, I was most impressed by the revolutionary way in which he approached the physicality of the instrument, reworking classic limitations as creative allowances. In contrast to the metallic sustain of players like Gary Burton, Ross’ tone was brittle, percussive and woody; instead of letting his notes ring out and wash over each other indefinitely he exploited the relatively sharp decay of each hit. This allowed him to throw down precise flurries while sounding neither muddy nor blunted.”

— Asher Wolf, All About Jazz