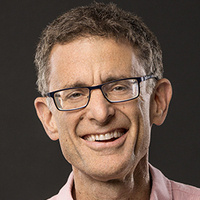 Join us for one of our biggest events during Education Week with Dr. Jonathan Zimmerman from the University of Pennsylvania.

A former Peace Corps volunteer and public school social studies teacher, Dr. Zimmerman holds a Ph.D. in history from the Johns Hopkins University. His scholarship has focused broadly on the ways that different peoples have imagined and debated education across time and space. He has authored books about sex and alcohol education, history and religion in the curriculum, Americans who taught overseas, and historical memory in public schooling. His most recent work examines campus politics in the United States, including controversies over diversity, sexual assault, and “political correctness.”

Zimmerman has received book and article prizes from the American Educational Research Association, the Society for Historians of the Gilded Age and the Progressive Era, and the History of Education Society, where he served as president in 2009–2010. He is co-editor of the American Institutions and Society book series at Cornell University Press and also of the History and Philosophy of Education series at the University of Chicago Press. He has received several research awards from the Spencer Foundation, which also supported a kickoff conference for his University of Chicago book series.

Teachers are really having some kind of the serious issues from the students about the controversial by the time of the lectures. We should be fix this issues by the teachers to debate with the students on the https://my-assignment.help/ website some students are agreed with our American school matter.