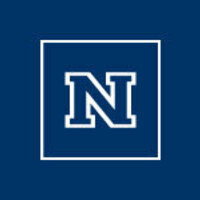 The Land of Open Graves: Understanding the Current Politics of Migrant Life and Death along the U.S.-Mexico Border

Since the mid-1990s, the U.S. federal government has relied on a border enforcement strategy known as “Prevention Through Deterrence.”Using various security infrastructure and techniques of surveillance, this strategy funnels undocumented migrants towards remote and rugged terrain such as the Sonoran Desert of Arizona with the hope that mountains ranges, extreme temperatures, and other “natural” obstacles will deter people from unauthorized entry. Hundreds of people perish
annually while undertaking this dangerous activity. Since 2009, the Undocumented Migration Project has used a combination of forensic, archaeological, and ethnographic approaches to understand the various forms of violence that characterize the social process of clandestine migration. In this talk Jason de Leon focuses on what happens to the bodies of migrants who die in the desert. He argues that the way that bodies decompose in this environment is a form of hidden political violence that has deep ideological roots and demonstrates how the post-mortem destruction of migrant corpses creates devastating forms of long-lasting trauma.